Meanwhile, the second half of the year has begun, the WGT as a super event is already a few days behind us and our, as well as the view of the music fans is on the coming months. One event in particular has caught our eye, the Cold Transmission Festival 2022. More precisely, on 19 + 20 August, the event will take place in Cologne’s Blue Shell and has seven exceptional bands in the line-up.

Hello Suzy and Andreas. Thank you very much for taking the time for a little interview despite the wild times, a lot of work and even more work.
With Cold Transmission you have become one of the most important and well known labels in the post-punk segment and beyond in the last few years. You have tons of releases every year and a new signing every quarter. You are always facing new challenges like postage increases or Corona. How do you come up with the idea to organize a festival weekend with so much work?

First of all, thank you for the compliments 😊 Yes, we have indeed grown very quickly in recent years and have made a small name for ourselves in the scene, which makes us very happy, of course, mainly for our bands on the label, which have been able to gain more exposure. Despite the challenges and the work that the label puts us in front of every day, it is always important for us to offer the bands a live platform as well, even if we can’t take care of booking completely. The CT Festival started in 2019, at that time mainly with friendly bands who were not all on the label and on the occasion of Andreas’ 50th birthday. Due to the success we wanted to keep it, but unfortunately Corona then put some stones in our path for the last few years, so the festival will now take place in 2022, only for the second time. The CT Festival is meant to present to the audience some of the great bands that work with us, to promote the label itself and to give all the “CT Family” feeling – just having a good time together with the audience, the bands and good music.

As far as concerts and festivals are concerned, you have already been very active as visitors this year, cue WGT, and in Italy you will soon have a concert evening that is also completely dedicated to CT Lab and its bands. What experiences, improvements and criticism will you take with you to the next event?

Every event is of course different and not always comparable, especially if you take large, established festivals like the WGT or our small, more family events – there are things that go well and also those that did not go well. Whether it’s the organization, the technology or other issues. You learn something from every event for the next time, but even with the best planning there are always things that suddenly happen and throw your whole plan out of whack. You have to stay spontaneous and flexible and be good at organizing. At this year’s WGT and EBM Warm-Up there were 8 bands from the label playing and we wanted to support all of them with the merch and also with the whole orga and travel planning; that was quite challenging, especially when e.g. the travel planning doesn’t work out well and you’re constantly driving back and forth, even though we managed it in the end and had a great time. We didn’t regret it.

From many corners of the event industry, you hear the buzzword “event jam.” Concerts that overlap with those that were supposed to take place in the two years prior. As a concertgoer, this can mean making difficult decisions. Also your own wallet determines where you go at the end of the month. How do you see the situation at the moment?

It is indeed the case that many things take place in parallel and you can hardly find free slots for concerts that you want to organize. Many people still have concert tickets from 2020 for events that will hopefully take place now and are cautious when buying new tickets, because the situation is currently still difficult or the concerts take place in parallel. Even though there is a lot of choice right now, including concerts by newer bands, it means that they are often less attended than before, but this is just one of many “post-Corona” problems in the event industry right now.

If you know anything about good music, your line-up will leave your mouth open in amazement. What influenced your choice of music?

Thank you for liking the line-up 😊 The band selection is not always easy for such a festival, especially when you have a lot of bands on the label that would all like to perform. We always try to present a good mix of different genres to show the range of the label and also choose bands that don’t perform so often currently, have new releases coming out and are popular with the audience. As it is still difficult with organizing events this year, we unfortunately also have to keep an eye on the cost situation, so we rather focused on European bands. For future festivals we will hopefully have the possibility to focus more on non-European bands – that’s our goal.

The Blue Shell, as one of our favorite clubs is a great choice as a location. We like to be there again and again. What do you like about Cologne and this iconic place?

We have a long-standing friendship with the Blue Shell and its owners Susanne & Rolf – the club was virtually our second living room for many years. This is where we know best and have been working with the club for a long time and know the conditions. In addition, Suzy has lived most of her life in Cologne, so we still have a lot of connections with the city and the people and the way of life there. Cologne also has a good location in Germany, good connections with the airport and the train station, and also short distances to neighboring countries like Belgium or the Netherlands, where we also have a great fanbase. Besides, Cologne is always worth a trip 😊

Still, it’s not the biggest venue you could put on now. Those who know the line-up, where any band could be a headliner, might think that space and tickets could quickly run out. A clear hint of exclusivity?

The Blue Shell is not the biggest club, that’s true of course, but we like the family atmosphere and the support there. A touch of exclusivity may also play a little bit into it 😊 Honestly speaking, we currently also prefer to make a small club full, than a larger only half full. As already written, this year it is also still difficult with festivals and concerts due to Corona with sluggish advance sales, increased costs, etc., so for us the conditions in the Blue Shell are the most optimal at the moment. In 2019, the festival was completely sold out and there was a great, intimate atmosphere in the full house. We remain positive that we will experience that again this year.

The last festival had to be postponed because of the Corona issue still hovering over us, and 2022 is also still dealing with after-effects. Bands and artists drop out at very short notice and sometimes even just before the performance. Other areas, e.g. stagehands or security, which are also active in the event industry also suffer from cancellations. What keeps you optimistic for August?

This year, it is indeed difficult to plan with any certainty. You can clearly feel the after-effects of Corona. People are using the advance sale much less, due to the experiences with cancellations of the last years, parallel events or fear of last-minute cancellations – understandable. Some are also simply not ready to throw themselves back into concert life, also because Corona is still in full swing – unfortunately – or it has simply become a question of money. In addition, there are the increased costs for the stores themselves, the staff and the travel – and always the worry that the bands or you yourself will fall ill shortly before and you have to reorganize. That doesn’t make planning easy and increases the worries of not being able to cover the costs in the end and going home with a deficit. I can therefore also understand other smaller events that are already canceling again because it’s just hard to make financial sense at the moment. A cancellation or postponement of our festival is definitely not an option for us at the moment – even with the hurdles this year, we remain confident that it will be a success and that many more people will decide to spend a great festival with the bands and us. It has to go on somehow, the small concerts and festivals must not die.

Greece, Italy, Portugal, Isle of Man and much more. Your bands come from all corners of the world. What is a festival weekend like apart from the music? What do you do with the CT family?

On the whole, it’s about spending as much time as possible together in person – talking, laughing, having fun and also getting to know each other. This sometimes leads to interesting collaborations and it’s great to see how people support each other or make joint plans for concerts, for example.
Finding time for this on a festival weekend that you organize yourself is not always easy, because you have to keep an eye on a hundred things at the same time. But we are all staying in the same hotel and some bands arrive in Cologne one day earlier, so we will definitely have a little “warm-up” in Cologne.

Do you have anything planned for 2023 or even after August?

We plan to do more smaller events in different places – currently mainly in Europe, later also in the USA and Canada – the “Cold Transmission Label Nights”, where we can then present several different bands from the label. Last year we had the first one at the Blue Shell with two bands. Then at the beginning of July 2022 we were in Northern Italy at the KRACH Club with three bands. The next Label Night will then take place on October 22 in Rüsselsheim, here with us in the Rhine-Main area, with DEAD LIGHTS, ULTRA SUNN and KALTE NACHT. For further events we are already planning. Not to forget of course our CT Tour with S Y Z Y G Y X, ULTRA SUNN and PALAIS IDEAL in early March 2023!

Thank you both for the time and the interview. Wish you all the best and look forward to August when we celebrate together at the Blue Shell

Get your Tickets on Ticketstoaster here: link

We are happy that you found your way to our magazine and hope you like the content. Maybe even so good that you want to support us.

In today’s fast-moving times, advertising revenues are sinking faster and faster and for a dark music magazine like us, there is usually nothing left. Nevertheless the costs for us remain.

We don’t want to rely on pay-walls or make our content pay in any other way. Therefore we count on you. With a small donation you can support us and secure our work for the future. It won’t take longer than one minute. Thank you very much and stay healthy. 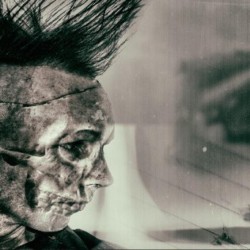 Languages / Sprachen1 English2 Deutsch English Now we have a special debut at the Cold Transmission label. The Swiss duo Letten 94 celebrate their debut and cause a lot of attention. More than deserved, because […]

Sectarian Bloom – you need to hear them!